FLORIDIAN STYLE LIVING AT THE MEADOWS A warm welcome to our beautiful, fully air conditioned, single storey family home (2,000 sq ft of living space) with wonderful views down the full length of

TOTALLY UPDATED BEACH FRONT Condo available by day week or month from 999 A WEEK AND UP DEPENDING ON TIME OF YEAR. Located at 250 Estero Blvd "Estero Island Beach Villas"

Our Luxury 2 bed room 2 bath is located on the 9th floor of the Sand Dollar in Daytona Beach Shores. The place is nicely furnished with a fantastic ocean / river view from the balcony. The kitchen is

Penthouse condominium located in Indian Shores, Florida directly facing the Gulf of Mexico with breath taking views of the Gulf. Watch dolphins play and swim, watch Pelicans fly by the balcony where y

Located on Boca Ceiga Bay and across the street from the sugar white sands of the Gulf of Mexico, this luxury fully equipped condo offers a private balcony from where you can watch the inspiring

Take the complete tour at www.siestak eyheaven.com People return year after year to the best location on the number one beach in North America. You will have the BEST view and the walk to the Vil

This Beachfront Beauty provides magnificent views of the Gulf Of Mexico. It is meticulously maintained by owners who live nearby and who take personal care of the condo & guests. This has resul

7 bedrooms - 6 bathrooms- sleeps 16 This luxury home has four Master Suites. All Four Master Bedrooms have King Beds and en-suite bathrooms. There are a further Three bedrooms, one of these is our Ne

This 3 bedroom 2 bathroom Villa with private pool is situated on Southern Dunes Golf and Country club 19 minutes from Disney. This beautiful home has all the amenities you will need to have a luxur

A luxury 4 double bedroom villa with heated pool and games room set in the impressive and prestigious Lake Berkley Resort in Kissimmee Florida. This resort is a luxurious and exceptionally well mainta

STOP HERE! This is the one! Your Disney Home away from - 3 Bedroom / 2 Bath

~Beautiful ~Affordable ~Located minutes from all the main Attractions of Central Florida! This villa, located only six miles from Disneyworld, has every feature you would expect in a resort vacat

Located on Compass Bay this home is the perfect base for your Orlando experience, it is located right on the doorstep of the Disney area with Magic Kingdom being only 4Km away, as well as Disney pl

Why rent hotel rooms?! When you can get a private Disney Golf & Tennis Resort Villa Estate with &#8220;the best location&#8221; only about 10 minutes from Disney World's Animal Kingdom! 14 Room D

Silverwood Villa is situated on the peaceful sub-division of Silver Creek, and is only a 15 min. drive from Disney. Universal & other theme parks are a short distance away, whilst Busch Gardens

Disney Vacations – Fun for the Family All over the World 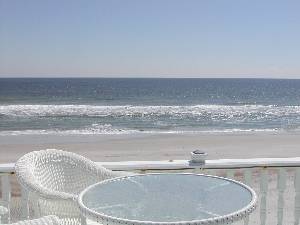 No destination provides both fairytale and adventure like a Disney park. Adults and children alike have an extraordinary time no matter what ride they go on, what restaurant they eat at, or what Disney resort or attraction they go to. Immerse in fantasy, experience the past, or explore the future; you have everything you can possible imagine regardless of age and who you are. Pick an ideal vacation spot with Disney around the world.

Where to Experience Disney Vacations

Disney theme parks are located worldwide, but you'll find classic fun and adventure in California and Florida as well as Europe. Disneyland Park in California offers everything to experience the past, the future, jungle adventures, the Old West, and the fantastic world of Mickey Mouse. You can also explore Disney California Adventure Park, which includes the Hollywood Pictures Backlot, the Disney-style seashore theme of Paradise Pier, and a park full of adventures in the world of bugs. There is also a Downtown Disney District with extraordinary musical entertainment and spectacular parades throughout the resort.

Walt Disney World is the most fantastic theme park destination, and it is right in the middle of Florida. This area is within driving distance of many places and major air transportation hubs including Orlando International Airport. Magic Kingdom Park has six major lands where you and the family can go on enchanting rides, mingle with Disney characters, dine in style, and watch the fireworks in awe. At Epcot Center, ride spaceship earth and see the other technology and futuristic attractions, or get a taste for various countries of the world. There is even more, with Hollywood Studios, Animal Kingdom, and Blizzard Beach, not to mention the entertainment at Downtown Disney and the arcades and playgrounds nearby. Classic pools throughout the area allow you to cool off in the middle of or after a long day.

Disneyland Paris offers many of the same attractions, including Space Mountain and the fun and inspiring characters that inhabit Disney's universe. In addition to the Magic Kingdom, you can also explore the world of television and the movies at Walt Disney Studios Park, where parades and studio tours fulfill your extraordinary day. Also enjoy live music, Wild West shows, and other forms of entertainment at Disney Village. An arcade and extravagant hot air balloon ride can also be enjoyed here. The restaurants, shopping, and not to mention other Paris area attractions will make your stay be etched in your memory for a lifetime.

Disney Vacations  Plan the Adventure of a Lifetime Today

Choosing a destination is only the beginning of planning your Disney getaway. There are so many things to do and time at any Disney resort is filled with joy, wonder, and activities like nowhere else. Families with kids must experience the magic of Disney at some point. The atmosphere is filled with so much happiness and whimsical fun that nobody will ever regret time spent at Disney, whether it is at a park in California, Florida, or Europe. Also, everything you could possibly need is within the resort areas.